January marked the 100th consecutive month of job creation in the United States – a record breaking streak of job creation that has left employers scrambling to find workers and dragged the long-term unemployed back into the market.

Yet even now, 20m jobs later, there are some parts of the US economy that have yet to reflect the positive image projected by the continuous job growth and low unemployment rate.

“That we’ve had the unemployment rate at or below 4% since last February is obviously historically remarkable,” said Mark Hamrick, senior economic analyst at Bankrate.com. “But the composition of the workforce or employment obviously paints a much more complicated story.”

What troubles analysts like Hamrick, as well as the central bankers at the Federal Reserve, is the fact that the US economy is now dominated by high skill, high wage jobs and low skill, low wage jobs. Gone are many of the middle skill, middle wage jobs and that, said Hamrick, a trend that has led to “not only the economic divisiveness of our country but to some degree the political divisiveness”. Take manufacturing for example, where about 25% of jobs have disappeared over the last two decades thanks to globalization and automation.

It isn’t just middle wage jobs that are missing from this job market. There is also the mystery of stagnant wages. Even as jobs were added, the one thing that remained mostly the same for large part of those 100 months were the wages. In December, wages were up 3.2% from a year earlier, their largest gain since 2008 but nothing to boast about. In January growth slipped to 3.1%. According to the Economic Policy Institute (EPI), a left-leaning thinktank, wages would have to grow between 3.5% to 4% for average workers to really feel an impact.

The wage growth figures, particularly in the early part of the recovery, should have come with “a sad trombone sound effect” said Hamrick. That low wage growth will be one of the main things people remember about this recovery, he added.

If anyone needed a reminder that many Americans live paycheck to paycheck while working full-time, the past month should have done the job. The 35-day government shutdown led to two missed paycheck for about 800,000 workers and many of them had to rely on food banks for their meals, deferred some of their bills and skipped payments on those they couldn’t cover. A recent survey by Bankrate.com found that just 40% of US households have enough money to cover a $1,000 in emergency expenses.

Another survey found that 62% of employees received no salary increase in 2018 and just 25% were determined to look for a better job this year.

All these dark clouds seem counterintuitive to the numbers coming out of the Department of Labor each month. When the labor market is tight – meaning the unemployment rate is low and fewer people are looking for jobs – the bargaining power is supposed to be in the hands of the workers. The employers competing to fill empty jobs are supposed to be offering better wages and benefits to attract the best candidates. Low unemployment rate number is also supposed to make workers optimistic about their chances of getting a new, better paying job. And yet the shadow of the Great Recession still seems to loom large over America’s workers.

“A little bit of what happened is that in the recession, employers got a lot more bargaining power and strength because workers really needed to try to have whatever job that they could get and some of that’s left over,” she explained. “Employers think they should be able to get whoever they want at those lower wages. And I think that that will turn around, but it’s surprising that it hasn’t yet given the unemployment rate that we’re at today.”

Gould pointed out that the unemployment rate only considers people who are actively looking for work. It does not count people who are working part time but want full-time jobs or those long-term unemployed who have stopped looking but are available to work. The rate that does count all of them is called U-6. In January, that number was 8.1% – double the unemployment rate which was 4%.

The current labor market is still improving and has brought some optimism to the long-term unemployed.

“You see them coming back into the labor market every month,” said Gould. And their return is often a successful one. “The one series that is under-appreciated is the share of newly employed workers who said they were not actively searching for work in the previous month. That is at a historic high. You have more than seven in 10 newly employed workers this month that were not actually looking for a job last month.”

But it’s not just workers who are skeptical of how good the current job market actually is. Some employers, especially small business owners, also struggle to see the bright side.

“It must be a great job market for somebody else, because I’m not seeing it,” said Kathy Warnick, the president and owner of Warnick Consultants, an accounting consulting company that helps clients set up and maintain bookkeeping systems. For the past four years, Warnick has struggled to fill two spots in her business. While her business is short-staffed, Warnick spends days in the field working with her clients and evenings and weekends poring over resumes that often lead nowhere.

“I literally cannot find anybody,” she said. “If I actually get them interested enough to schedule an appointment for an interview, they frequently don’t show up. They don’t call. I’ve actually hired somebody who completely ghosted me. Never showed up for the first day of work. If I am fortunate enough to actually get somebody to come to work for me, they don’t stay long because there is a company out there who can offer them just one more benefit than I can.”

Warnick, who is based in Ohio, is not the only one who has experience this. Last year, she was the national chair of the board of the National Association of Women Business Owners. “I talk to members all over the country and there they’re experiencing the same issue,” she said.

The trend even caught the attention of the Federal Reserve Bank of Chicago, which noted in December that a number of businesses“said that they had been ‘ghosted’, a situation in which a worker stops coming to work without notice and then is impossible to contact”.

ManpowerGroup, a workforce solutions company, has found that the hardest jobs to fill right now are in skilled trades like plumbing and welding, followed by tow truck drivers. To get a leg up on other employers, some companies are trying to come up with creative perks to lure workers.

“We have a client that’s offering NFL Sunday ticket as a perk,” said Becky Frankiewicz, ManpowerGroup’s North America president. “So it’s not just about wages, it’s also about what perks can you offer that reinforce your culture.” 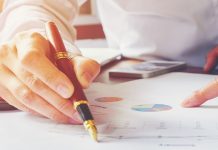 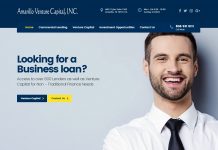 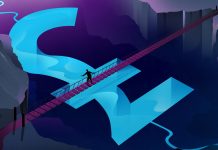 Keeping your money safe: how risky are these popular financial products? 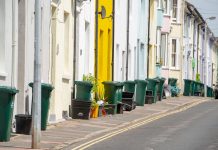 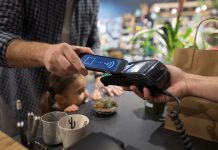 Going contactless is gloriously convenient – for all the wrong people 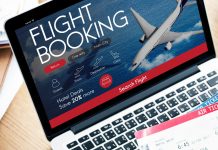 Why You Want To Engage Your Audience On Social Media

It’s time to hang out your bird boxes

Men prefer younger women not for their firmer bodies – but...

Five of the best archaeology walks in the UK